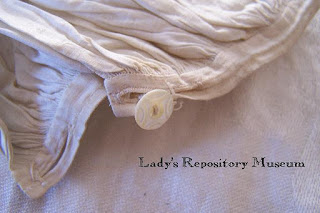 Such a rare what~not. Just think of things that you take for granted, and use every day, but never actually keep. I can think of several things that get worn, clothing wise, until they are worn OUT, and then tossed out. I shudder to think of how much of early everyday life has been lost this way. Every now and again, we get to peek into the past thru treasures in an untouched box, or perhaps an original diary when it comes to our attentions. I am so thankful for the big attics in the North East, and the fact that 'things' could just get stuck in a box, crammed up there, and left...not for years or decades even...but generations!

Earlier this year, I had the absolute honor and pleasure, of being able to acquire such a trunk for the Museum. It was literally like the drawer of a dresser had been taken out and put in a trunk, and forgotten. Everything dated from the mid 18th c up to the 1820s for the menswear. Everyday things ready to serve their master, just waiting to be used again! 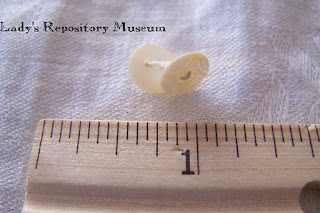 These are mid 18th c "sleeve links". They are just one of several pair that still reside in their original undersleeves. I guess to compare to something current, they are the ancestor to the common cuff links we know of today. They are very simple, and very utilitarian. 2 mother of pearl shirt size buttons, joined together by a linen thread. 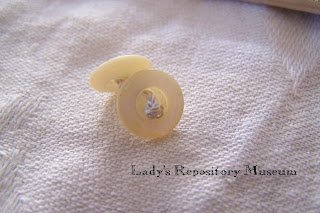 There is a bit of frugality to them as well~ you will notice that the more expensive carved mother of pearl button is to the OUTSIDE, the inner link that wouldn't be seen, is totally plain. The linen thread is passed thru 4 times each, and not knotted, but wound round itself several times to the outside of the inner button, as seen here 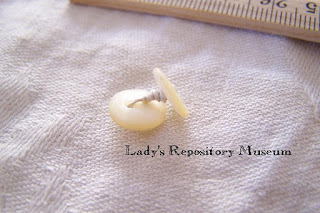 Linen thread has been wound around the connecting threads, to reinforce the link between the two buttons, and to regulate the width to allow for the thickness of the materials they are to hold together. The bulk of the threads have shifted to one side over time and use. 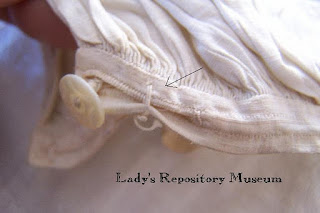 I thought this very interesting, that the original buttonholes in the sleeves have been 'narrowed' by overstitching, to accommodate the smaller size of the sleeve links. 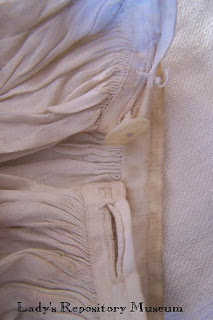 Done on both sides, as you can see. I know my living history readers will very much enjoy this post~ an easily made period correct detail that should be incorporated into your wardrobe. Just think how much money one could save, having a single pair of sleeve links, instead of a pair of buttons sewn to each and every sleeve, collar and breeches.

Posted by Rachael Kinnison at 11:52 AM

Fascinating, such tiny gathers and stitches. I'm am amazed at the handwork. I always learn something on your blog, thanks! I love your dolls too......I also make dolls & sew by hand but I don't posses that level of skill!

THANKYOU for stopping by & taking the time to write~ tried to leave a comment on your blog but it wouldnt let me~ its been SUCH a pain lately! Have a wonderful Thanksgiving! xoxox rachael

It appears as though these sleeve links may be dated as being too early. The very narrow width of the wrist bands do suggest an 18th century date for the shirt, but it appears as though the shirt was modified to accommodate a narrower wrist size at a later date. It is my understanding that mother of pearl buttons became popular and were mass produced in the early 19th century. It appears as though this early shirt was in the attic but was modified for a narrower wrist (possibly for a woman or child). To allow for the overlap of the button holes the missing 18th century sleeve buttons were made out of newer mother of pearl buttons in the unusual form taken here with a prettier button on the outside.

Thankyou Paul for your interest!

Let me clear up some things for you ;) The sleeves shown in this post are a pair of lady's undersleeves~ if you search my blog for 'undersleeves', a pair nearly exact to them, that were acquired with them, will show up in my October 24th, 2011 post. They are not from a shirt, nor ever were a shirt, but their own wardrobe accessory. Both ends have button holes. Mother of Pearl buttons were actually first 'mass produced' , as in machined, in Japan in the early 1860s~ they could make thousands at a time. Hand made buttons however, were made since the 1200's, and before~ the first Button makers Guilds being formed around that time. Hand carved shell buttons were a staple in the 18th c household, both in America and abroad

Rachael, are you saying that the lady's undersleeve is a chemise or shift?

Hi Barb~ Thankyou for visiting ~to answer your question~ neither. The undersleeve its its own undergarment, separate from the chemise/shift, worn at the same time. The Chemise & shift are the same~ shift being the term used in the 18thc, with length reaching the ankles....chemise was term used of same undergarment in 19th c...length depending on what time in the century. 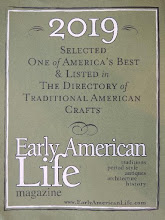 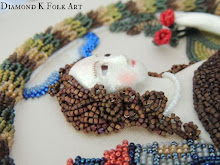