New Dollye on eBay this Week! 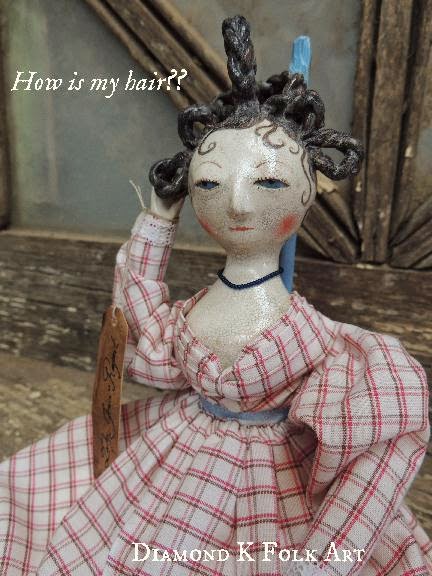 She is just adorable and like a true c1830 Ladye of fashion~ always worried about her hair!  Respect is the first dolly in my new series of Ladye Grace Virtues~ if you are interested you can see her here on eBay, or click the link to my eBay specials on the right sidebar tab.
Posted by Rachael Kinnison at 10:14 AM No comments: 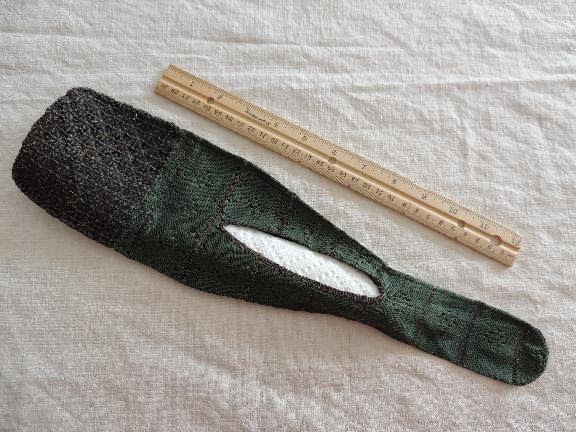 Look vaguely familiar?  That would be because later Victorian era stocking and miser's purses were modeled after its most earliest counterpart~ the long purse.  In the later 18th c this type purse was also referred to as a stocking purse, as it is said that in medieval times, coins were held in the tip of ones stocking in the shoe.  I am honored to have this c 1620 example here at the Museum and been wanting to share it with you for some time. It is nearly identical to, and one can say with 98% certainty, it was made by the same hand as the one who knit the following example now held at the Los Angeles County Museum of Art 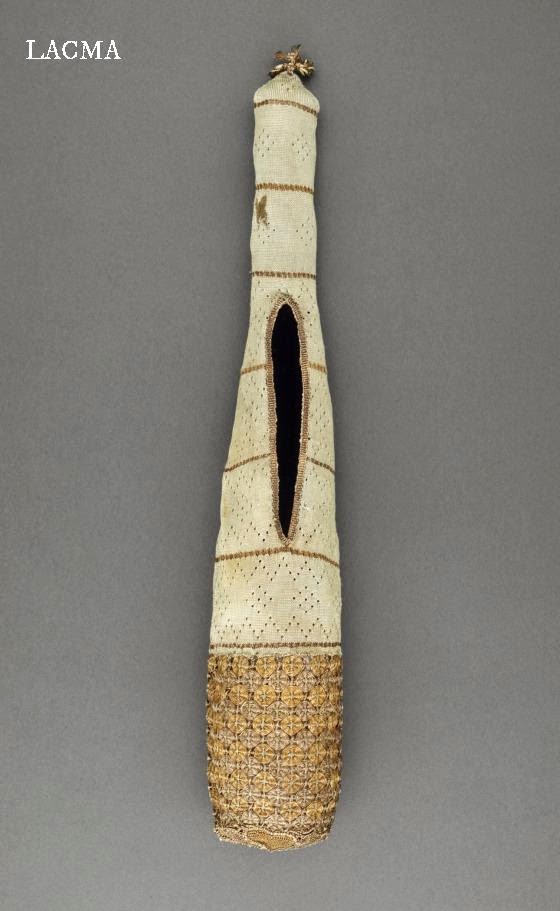 You can follow this link here to read info on their purse. Dating to 1620, these two keep company with only a handful of extant 17th c knit long purses, and yes, for a gentleman! 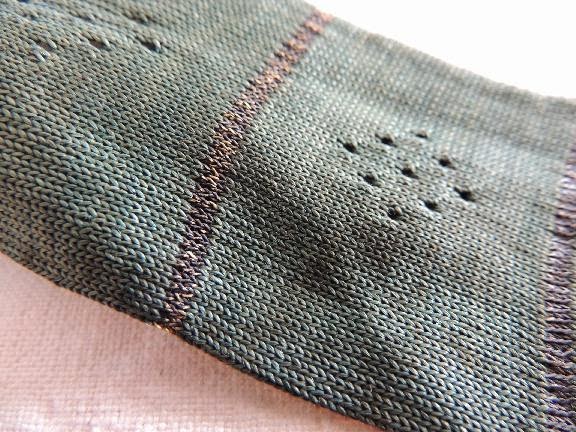 Mine is knit of a fine bottle green silk with rows of real silver metal threads. The design formed from dropping knit stitches is nearly identical to the LACMA piece. 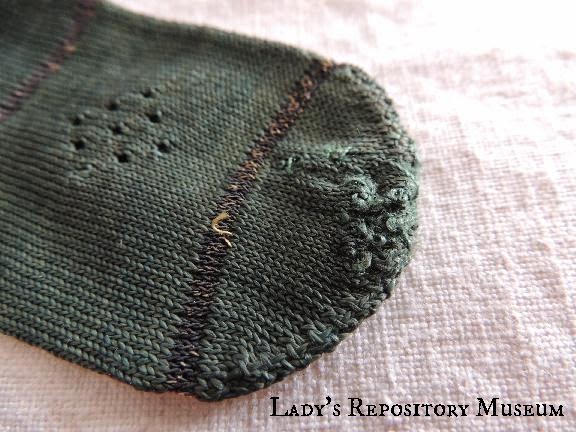 Mine is missing the little tassel at the tip. It is not exactly known how these were worn on the person~( later in the 1830's and 1840's  they were worn lapped over the waist belt of both women and men). One theory, as they are so very large, is they were worn over the shoulder, under the doublett or jacket, hidden under the man's arm 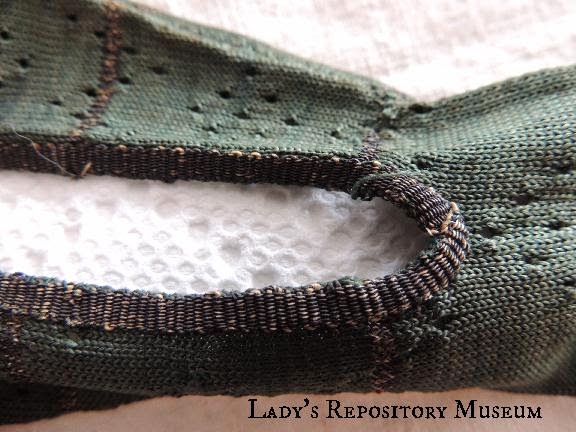 Silver metal ribbon trim is stitched on over the opening.  In theory, the early 18th c purses had but a single ring for drawing down over the opening to keep the coins safely inside, but neither mine, nor the LACMA piece still retains the original closing  ring 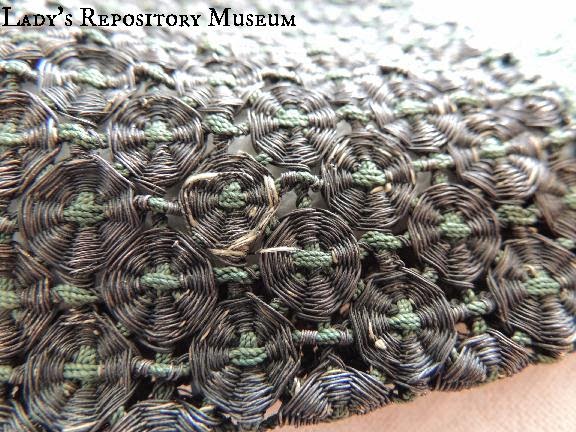 The bottom of the purse is densely worked in metal threads over a larger cord netting. Coins were heavy, so the bottom was reinforced in this way~ both decorative but also allowing one to see thru it at what was inside 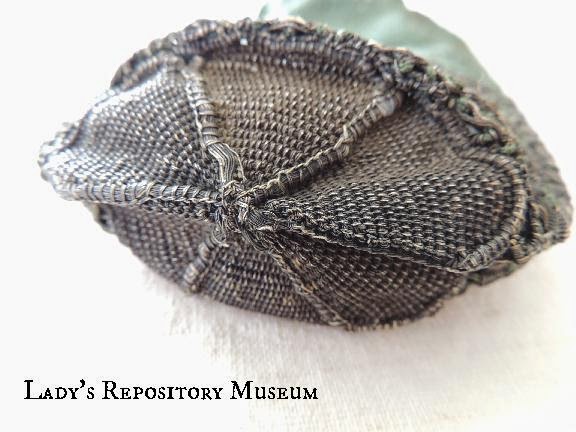 The bottom is worked in 6 petal shape sections of buttonhole stitch with several strands of silver wrapped thread. 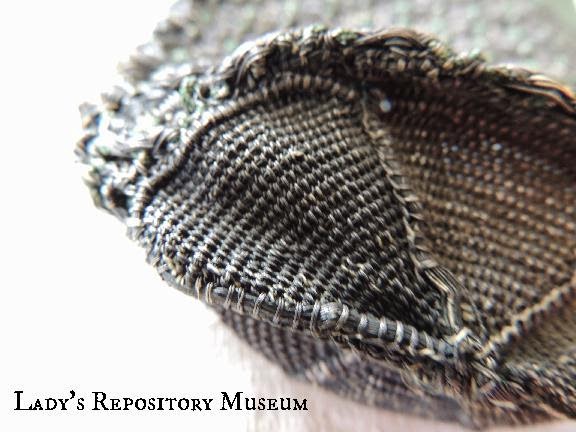 One could be absolutely certain, that whatever precious whatnot they placed inside it, would still be there when they went to get it out! 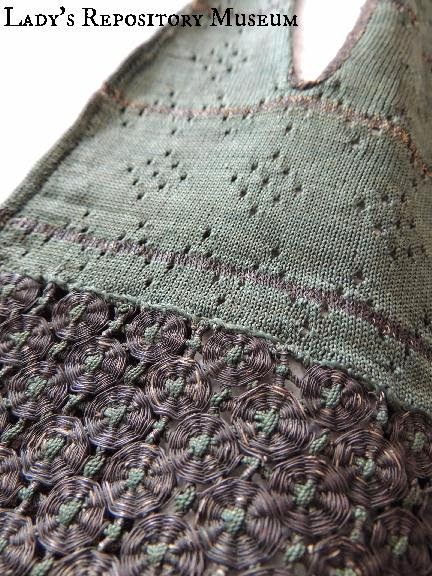 One of the things I love about early clothing and arts is the deceptive simplicity of them. They look very basic...as with this purse~ it is made from just three threads~ the knit thread and cord, both dyed in the same vat, and the silver thread~ the bottom and spiderwebs are multiples of the same single thread used for the knit stripes~ the techniques are basic, but the time involved in the making makes the pieces very complex. 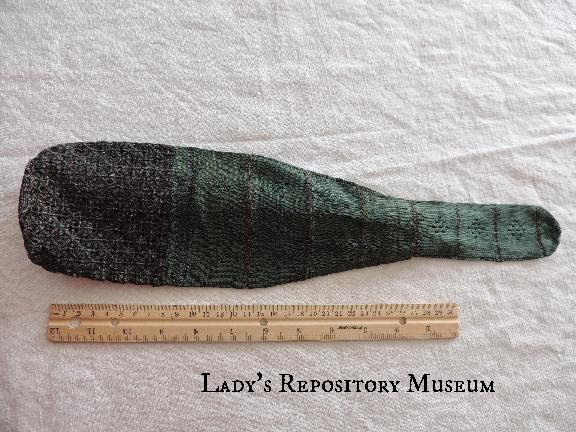 Our Primero Class of 2014 Valedictorian

Congratulations Turtle~ We are SO PROUD OF YOU 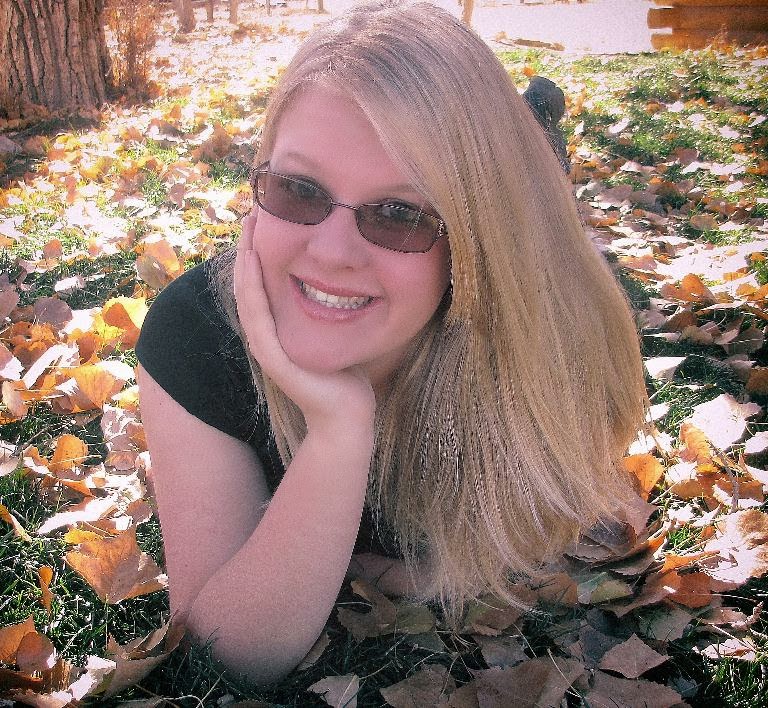 Follow your passion~
Stay True to Yourself~
Never Follow someone else's path...unless you're in the woods and you're lost and you see a path then by all means you should follow that~

The Reason Why I Shudder... 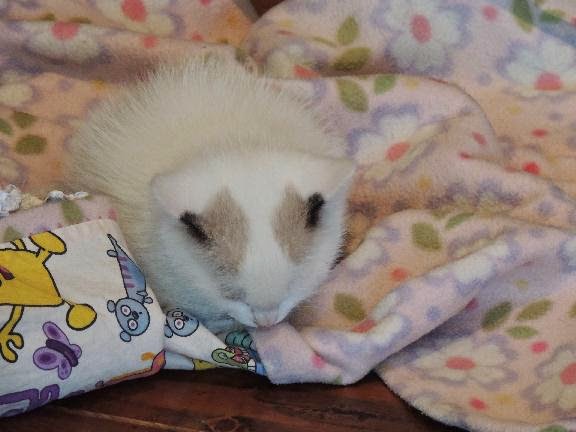 One never knows what may be within it.  The stupidity and cruelty of  some people still amazes & saddens me to no end. Please you to meet my newest little helper~ Skye. I named him Skye because his eyes are the bluest I have ever seen, and the top of his head reminds me of a silk moth. Hes fluffy like a big while cloud...and like the sky, he can be calm...or an absolute tornado.  He was put in a cardboard box with another kitten and left out on the road  :( 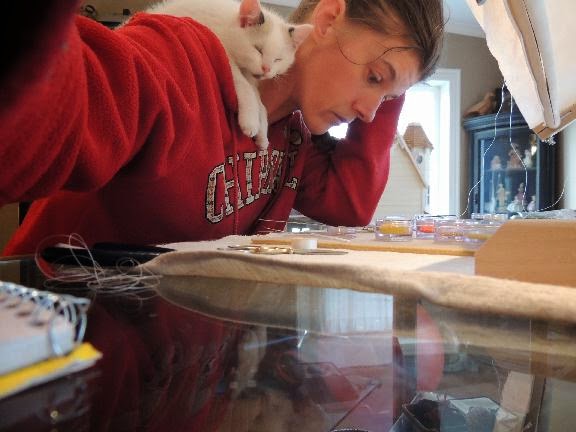 MIL took his brother, and he decided I was his new Mommy. He is absolutely stuck on me all the time~ if I am standing and he hasn't climbed up my pants and onto my shoulder, he is sitting on my foot. He sleeps up under my chin and is the most precious little thing.  I was sorting beads yesterday and noticed he had stopped purring~ when I realized he had fallen asleep I had to take a picture to share.  My white kitty Mary passed away this past month and I miss her Dearly~ I cant help but think she has sent little one to my rescue~
Posted by Rachael Kinnison at 1:06 PM 2 comments: